skip to main | skip to sidebar
VISIT THE NEW UPGRADED SITE AT BREAKUP-COACH.COM by CLICKING HERE

Celebrating Your Independence With Breakup Cake

There is a moment in the movie Under the Tuscan Sun in which a friend of the recently-divorced protagonist tells her that since marriages begin with cake and champagne, they ought to end in the same way.  This is clearly becoming a very popular thought as divorce parties, and now breakup parties, are becoming more and more popular.

One of the main functions of having a marriage ceremony (and party) is to create a time and space in which the people who care about the couple can demonstrate their support of the union and confer their supportive energy and intentions on the couple.  Many ceremonies involve actually asking the attendees to pledge their support.  A newly single person could certainly use the same kind of support and positive intentions from the people who care about them.  It’s also a way of celebrating the new freedom and opportunities that are now available because of the transition the person is going through.

And nothing says “celebration”  and marks a special occassion quite like a cake.  Caterers have risen to the challenge with lots of interesting takes on the splitting-up theme.

Okay, I'm all about having fun and celebrating your independence, even with some dark humor thrown in, but this is taking it a bit far, no?  Does your ex really have to bleed for you to have closure? I think we can take a slightly higher road here.

This second one is funny, very creatively rendered and not too scary or violent.  It's also downright unappetizing.  When enjoying a delicious dessert I don't usually like to see depictions of garbage.

Cupcakes are a popular choice for parties of all kinds these days, and the topper is available for sale here in a "caucasian" or "non-caucasian" version.

I like this one.  The bride is triumphant and not even thinking about the groom, much less trying to do him bodily harm.  Queen of the mountain!  This one gets my top vote of the ones depicted. You can find it here.

But if I were designing a divorce/breakup cake myself I would consider going with a "Bon Voyage" theme depicting the guest of honor triumphant and about to embark on an exciting adventure, with something like this as inspiration: 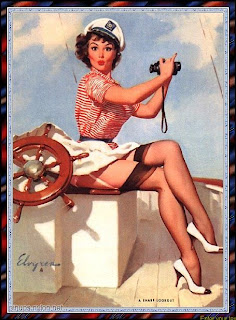 If the lady in question just happens to be gluten-sensitive, here's a special breakup cake recipe just for her .  It even has a little booze (excellent--well, unless you're supposed to stay away from that too--just leave it out then).

But if you can have booze, make it bubbly!  The  celebration is made complete with this adorable little pink neoprene tote so you can have chilled champagne wherever your fabulous new life takes you.  Plus if you take out the removable interior it can double as a sassy little water-resistant summer purse, especially handy for any seaside or nautical adventures.

Just try not to let the cake turn the celebration into a pity party, as this funny-yet-pathetic confection most likely did for this dude...


(By the way, I don't have any financial stake in this stuff and don't get any commissions or anything from sales, just having fun doing a little shopping, in case you were wondering.)

For even more stuff...

VISIT THE NEW SITE at BREAKUP-COACH.COM

I'm not just a cartoon!

The BUC in person

What's the BreakUp Coach up to now?

Sasha Carr, Ph.D.
I'm a licensed psychologist specializing in helping adults, children and families have the healthy sleep foundation we all need.

"One breakover coming right up"

"Just let it go to voicemail"